Taking A Taste of Harmony home by mixing up weeknight dinners! 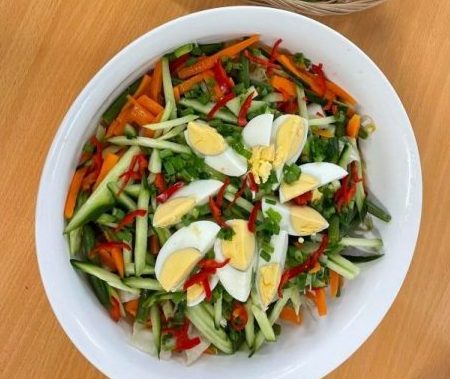 A Taste of Harmony is predominantly a workplace event, but after such a wonderful experience at her workplace, one participant decided it was also worth taking it home. This is especially relevant during a period when so many of us have had to spend so much time at home.

Emily Beraldo organised a highly successful A Taste of Harmony at her workplace, Holland Park Meals on Wheels, where delicious food was shared along with lovely stories.

Inspired, she felt A Taste of Harmony was a wonderful way to mix-up week-night dinners. In a household with four people there was already a dinner roster, so each person has a turn at cooking.

Writing up ‘country prompts’, each person drew four days and four countries out of the hat to cover dinners over two weeks.

Emily said it was a really fun way to mix up weeknight dinners.

“It was funny because we all drew out the same time and while everyone got at least one country we had at least one familiarity with, there was also a lot of googling for at least one country. This just added to the fun and brought so much laughter and made it more about meal preparation,” Emily said.

We think Emily is onto a brilliant idea and encourage our A Taste of Harmony participants to consider trying something similar at their home (or challenge your co-workers to pick a country out of a hat and make a new dish).