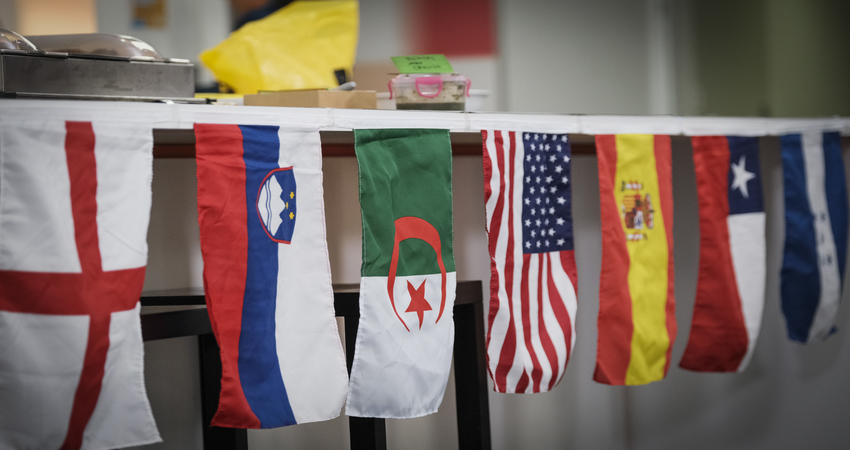 Support for our government, trust in our fellow citizens and economic satisfaction are driving an optimistic outlook for Australian society, according to the Scanlon Foundation Research Institute’s 2021 Mapping Social Cohesion Report.

Released on Tuesday 30 November, the report is produced by Emeritus Professor Andrew Markus AO from Monash University and the Social Research Centre and uses a survey of more than 110 questions to gauge a nuanced understanding of shifts in public opinion on social cohesion and population issues. The 2021 survey was held in July and obtained a large sample of 3,572 respondents.

This year’s report is bigger and more robust than ever, as it combines three sources of data to chart the state of social cohesion in Australia. The centrepiece is the annual Mapping Social Cohesion Survey, which has been running since 2007 to build a unique, evolving picture of Australian attitudes. Two surveys were held in 2020, one in July and one in November, providing valuable context for the 2021 survey.

With three surveys held through the pandemic, the findings provide a rich dataset from which to understand the Australian experience. The survey informs the Scanlon-Monash Index of Social Cohesion. It is buttressed by two new products, which add both deeper statistical insight and a broader human context.

“How has Australia fared in a time in crisis” is a qualitative research project capturing in-depth interviews with people across Australia in areas with high immigrant and refugee populations, recording their lived experiences of community and connection.

Report author Professor Markus said that the surveys had found evidence of a strong, cohesive and resilient society, but not without qualification. “The key to the positive findings appears to be the high – although declining – level of support for government, the high level of trust in fellow citizens, the level of economic satisfaction, and optimism for the future,” he said.

The COVID-19 pandemic, of course, looms large over Australian attitudes to social cohesion and their communities at large. In July 2020, 63% of respondents indicated the pandemic was the “most important problem facing Australia today”, leading the economy at 15%. By November, concern had fallen to 32%, but was back up to 59% in the 2021 survey as outbreaks took hold.

“This is an unprecedented level of concern obtained in response to an open-ended question that typically obtains a broad range of responses,” said Prof. Markus.

While there have been vocal protests against restrictions, approval of lockdowns was at 87%.

Despite the level of economic dislocation during the pandemic, answers to financial questions were more positive when compared to previous years, including: ‘How satisfied are you with your present financial situation,’ 71% ‘very satisfied’ or ‘satisfied’ in 2021 up from 64% in 2019.

With regard to financial circumstances in 2021, 69% of respondents indicated that they were ‘living reasonably comfortably,’ ‘very comfortably,’ or were ‘prosperous,’ compared with a lower 61% in 2019.

Agreement that ‘people in your local area are willing to help their neighbours’ was at 81% in 2019 and at a higher 86% in both July 2020 and 2021. A negative outlook is the minority position, comprising 15%-30% of the population, depending on the question asked. For example, 29% were ‘pessimistic’ or ‘very pessimistic’. This was, however, a lower proportion than in 2019, when 36% indicated pessimism.

In a surprisingly big shift, when asked ‘how big a problem is racism in Australia?’, 60% of survey respondents indicated it was a ‘very big’ or ‘fairly big problem’ – a 20 percentage point rise from the previous year’s 40%. That rise is almost unprecedented for this type of question in the Scanlon Foundation surveys.

Professor Markus said the timing of this substantial shift was difficult to explain, given it was first evident in the 2021 survey, not in 2020. “If there is a perception that an increased number of Australians are now acting in a racist manner, it is not based on a shift detected by the Scanlon Foundation surveys, which establish that there has been no increase in the proportion of respondents adopting xenophobic and racist views,” he said.

Tracking of strong negative responses suggests proponents of racist and xenophobic views are a shrinking segment of the population. In 2021, just 3% ‘strongly disagreed’ with the view that ‘multiculturalism has been good for Australia’, compared to 7% in 2019; 10% in 2021 indicated a ‘very negative’ view of Muslims, compared to 17% in 2019. The statement ‘Immigrants are generally good for Australia’s economy’ was endorsed by 86%, up from 76% in 2019.

The 2021 Mapping Social Cohesion Report is available at scanloninstitute.org.au/report2021.