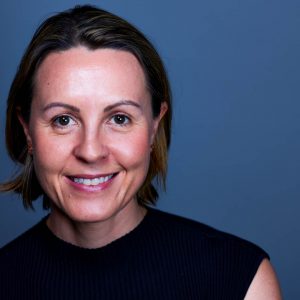 Her parents (and grandparents) were born in Sydney but moved to Melbourne just prior to Emma’s birth. Emma’s father was a mathematician (obtaining his doctorate from Oxford University) and her mother was a teacher. Emma recalls her Dad often tried to help her with algebra, but she’d tell him, “it’s too hard and he wouldn’t understand.”

The family spent a lot of time on the NSW central coast, with many holidays spent in Gosford and Avoca. Emma loved the rough and tumble of life with brothers (never owning a Barbie) and was grateful there was never a threat they would steal her clothes, like sisters might. Between them, she and her brothers now have 11 of their own children, 9 of them girls.

Her parents didn’t talk a great deal about their family history growing up, but the family spent a lot of time with their aunts, uncles and cousins on both sides of the family. Emma works hard to maintain these family connections and friendships.

Emma describes her mum as the most sensational cook, specialising in classic French-inspired dishes but also every day Australian meals like lamb chops. Emma says she cooks the same kind of food for her own family, but with a fraction of the butter and salt, which means it doesn’t taste nearly as good…