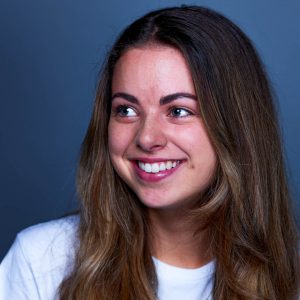 Mckenzie is Canadian and grew up in Toronto, Canada with her family.  She came to Australia five years ago on exchange for one semester, then recently did some traveling and found herself back in Sydney.

Being 151 years old, Canada is considered a young country, but there is some European blood in her family with some of her Ancestors hailing from England, Scotland, Ireland and Germany. Although Mckenzie hasn’t always considered herself strongly connected to her heritage, she has talked far more about her cultural background since living in Sydney.

She’s grateful to be Canadian because of its wonderful environment – the mountains, fresh air and the friendly and welcoming people.  She says it’s similar to Australia in terms of its multiculturalism and diversity.

Many of the classic Canadian dishes are by no means healthy but are irresistible nonetheless.  French fries covered in gravy and cheese (Poutine), deep-fried dough pieces covered in cinnamon and butter (Beaver Tails), along with deep-fried pickles, pancakes with maple syrup and Caesar’s.

Close to Mckenzie’s heart is Tim Horton’s – a classic Canadian restaurant chain that all Canadians have an affinity with. When you see a Tim Horton’s it feels like home, even though the coffee is terrible!

Click here to learn more about A Taste of Harmony and how your workplace can register to get involved.