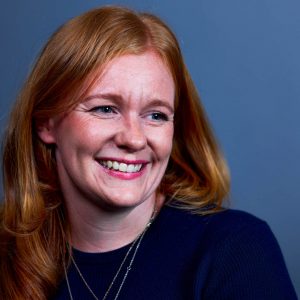 Tessa is Australian, as are her parents, grandparents and great grandparents. Her father’s ancestors came from Scandinavia. At the time, many families with the surname ‘Andersen’ were emigrating to Australia so her family decided to change the spelling to ‘Anderssen’ (adding an ‘s’) in order to differentiate themselves and importantly, ensure their letters did not get mixed up in the mail along with all the other Andersens!

Tessa is not particularly connected to her Scandinavian history and says her red hair is perhaps her strongest link back.

She says food growing up was typically Australian including dishes like spaghetti bolognaise and fish fingers featuring regularly at the dinner table. This was in contrast to the gourmet meals her grandmother is known for. In particular, she makes summer pudding every Christmas, following an old-fashioned recipe that involves weighing the mixture down with a brick.

Tessa recently spent a year living in Cambodia where she loved trying lots of different street food with thanks to her super power of never getting food poisoning. Noodles from street vendors, avocado shakes at the markets and a fresh coconut in the tuk tuk on the way to work each day were highlights of the experience.