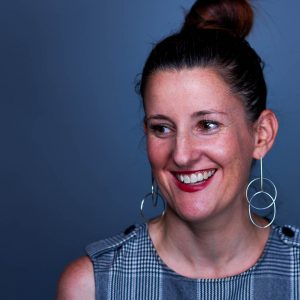 Sally’s family has been in Australia since the early 1900s and she is a mix of Irish, English and just a little bit of German. But her cultural background has never played a significant part in the food she eats, or what she ate growing up.

Her Mum did most of the cooking, except for one year (around the time her Dad turned 40) when he suddenly decided to take up cooking Thai food. Sally has strong memories of being at the family dinner table eating beef, basil and chilli stir-fry and everyone needing a jug of water next to them to cope with the heat intensity of the food. Prior to this they had not had more than a mild chicken curry. It wasn’t long before her Mum took over cooking again, but nowadays the whole family loves spice. Sally is aware of some of her family history.

Her grandfather was the eldest of nine children and when his father passed her away at a young age, Sally’s grandfather quit school to take on a job as a street cleaner to help bring in money to feed the family. It was a great shame because at the time he was one of the brightest students at school. Later in life he went on to join the army and it was there he became a mechanical engineer – a career he loved and talked about with great fondness in his final days.

Sally is now a Mum to a two-year old girl and one of the traditions she would like to pass on to her daughter is cooking. Some of her favourite childhood memories are when her Mum would cook cakes, pikelets and other goodies with her. But she needs a lot more practice to make it taste as good as her Mum’s!